After years of producing and writing, Plato Savana has finally started dropping his tracks. A carefully crafted sound, Plato’s lyrics are incredibly insightful. They speak to our generation – full of contradictions and people trying to redefine what success and happiness looks like. Grounders had the chance to interview Plato about his tracks Yeshua, Limited all Access, and the philosophy that drives him.

Since posting the interview Plato Savana has dropped a new single. Check out “Canadian Warm” on iTunes and Spotify.

Tell us a bit about yourself.

I’m Plato Savana. What do I want people to know bout me? There’s not that much to say. The music will do me justice. My aim is neutrality. There is no “this” type of person for Plato Savana. It’s an essence – just a feel. It’s who I am. I’m not a rapper, I’m not a singer, I’m not this emotional guy, [Plato Savana] is a human being who goes through every single emotion. And knows how to gauge it, knows how to be optimistic, how to put it into perspective. I’m hoping to connect with people trying to find balance.

What are you balancing right now?

I’m 26 right now but weirdly enough I don’t find myself getting old. I’m at a point where I’m fully in control of myself. A balance is – how do I stay stable but keep moving. It sounds like an oxymoron but that’s really what it is. Our parents think stability is buying a house, having investments, having a car. I don’t see it like that. I feel like we are in a time where we can run corporations off our cell phones. How do you maintain all that while getting healthy, spending time with your family, making sure your friends are good? We just need to wake up in the morning and not stress.

Do you meditate intentionally?

I read and write a lot. What I’m reading now is so complex. It’s Aristotle “Rhetoric”, I just finished Plato’s “The Republic”

Yah yah – you can’t be one of. You can only be that One. It’s a perfect theory. It kind of  represents being fake and following. You see this perfect image but really and truly you can’t see it because you aren’t it. It took me a while to get, I had to read it and walk.

Obviously philosophy is important to you, do these theories transfer to your music?

Definitely, but not in the sense of portraying knowledge. Just more by adapting and working through information.

Tell me about your singles, what are they balancing?

Yeshua is a prayer to God. Asking for great minds to converse with. In the beginning I’m saying “I’m not too sure the things I call blessings are good or do they need confessing.” I’m not sure, because I like some bad shit. So more or less it’s expression without going to Church. It’s just hoping that whatever, whoever is up there – as a supreme being, would understand my genuinity.

Limited All Access is going through emotions with the last few people I had interest in. I haven’t been in a dedicated relationship but we share interests and all that. It’s more being in a situation where you speaks with confidence and then things happen after. I call it Limited All Access – I want to give you everything but I can’t. I’m still being as open as possible but there are still things to it. And even though I can’t give you everything, you are the one making me stable, to know I have that person I can call and talk to and see at times. I’m being honest about going in a direction where I can’t promise you about settling down and not because I’m trying to play around, but that’s somewhat the present reality.

To me, that’s really powerful. I got into a series of similar relationships where you are emotionally bonding but neither of you are committed. Both people are moving too fast in different directions to fully obligate yourself. It’s cool because most songs are not about that, they are about “fucking bitches” or being in love. So I see what you mean about the balance. It should be a contradiction but it isn’t because we are a new generation.

Exactly, that’s why I feel like people will be able to connect. I’ve been studying music from a different angle. For me anybody can get up and rhyme and say the nastiest shit on the sickest beat, But there is this concept that less is more. How do you be straight up without being an asshole, and say it in a way that grabs your attention positively. Our generation, I believe, has a lot of music about “fucking bitches” and smoking weed. Slowly I’m seeing the neglect of education because it seems being knowledgeable is “lame” and you have a lot of intelligent people who just end up following or getting isolated. You get caught in the system where it’s like “okay there is nothing good that my friends are doing, but they’re my friends so I’m going to be stupid too” and you dumb down your intelligence. There’s a missing balance where you can still be cool even when you’re a nerd. With no brains you are going nowhere.

Did you go through that phase yourself? Of dumbing down your intelligence to do what felt fun?

Yah I was. Even my dressing. Especially after meeting some connects and they would say “N***” after every word and I realized I started using it as a conversation piece. But you surround yourself with those people and you find yourself doing that, smoking too much, drinking hard liquor, going out and doing stupid shit. Then I realized I couldn’t keep doing that and came back to my senses.

How can you realize when you are losing yourself?

The only way you can know is if you already have the will to step away for a bit. You get into that situation where you meet some people and you think “this is it, we are all going to make it.” But you have to know life isn’t rushing off anywhere. So if someone doesn’t want you around or threatens that if you stop, they are going to drop you, well that isn’t life. You were alive before you met them and you’re going to live after. So unless you have that courage to step away from the things you think are necessary to be popular, if you can do that you’re going to see all your mistakes.

These are great messages. Especially for young artists who think meeting people is the key to “making it.”

What’s your plan for putting your music out?

Haha, I’m horrible at promotion. My thing is, I have to do what I know: making connects and talking to radio stations. For Toronto, I want to get connected with up and coming designers. To me, it doesn’t make sense to chase after artists who have already made it. It makes sense to bring a generation up and into the industry together. I want to connect with magazines too.

I don’t want to streamline too much and too fast, my greatest asset is I’m over-prepared and overzealous. I trust my instincts and I’m always watching, so once that little voice says “drop”, its Go Time.

Where can we find your music?

Stay up to date with Plato Savana by following him on Instagram. 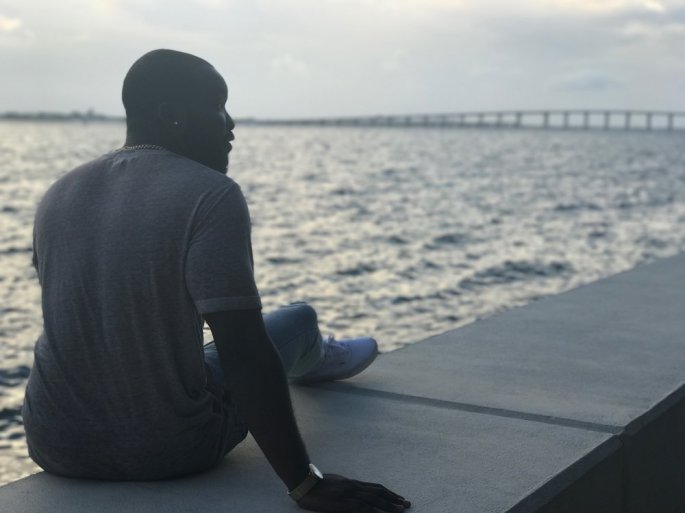