Leo Alexander Krukowski, a softspoken 26 year old, is a Canadian artist based in Toronto. Leo’s projects probe at the meaning of what art is, how meaning changes over time, and the context of materials. As Leo explores new concepts he pursues new media creating a blend of techniques  throughout his work.

Grounders sat down with Leo to discuss his latest series, Lionize, future projects, and his inspirations. Keep reading for the full interview. 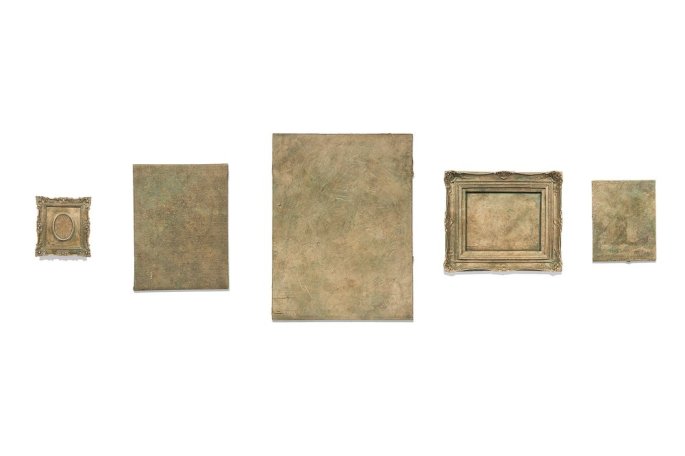 Can you tell us a little bit about yourself before we get into your work?

Right now, I’m sitting in a place called OFFSITE Concept Space where I will be having an exhibition from the sixth of January until the middle of February. The open invitation will be on my website and that is the most important thing to know about me, right here right now.

Will pieces be on sale as well?

All part of Lionize?

There will be one or two other things included but it will all about Lionize. Right now I am also speaking with a computer scientist named Xavier Snelgrove and we are working on making procedurally generated series of short videos based on my pieces – based on components that are extracted from my photos and analyzed by a computer.

[note: there is also an installation by Calder Ross, the curator and director of OFFSITE, which is based on Lionize]

What do you mean by procedurally? 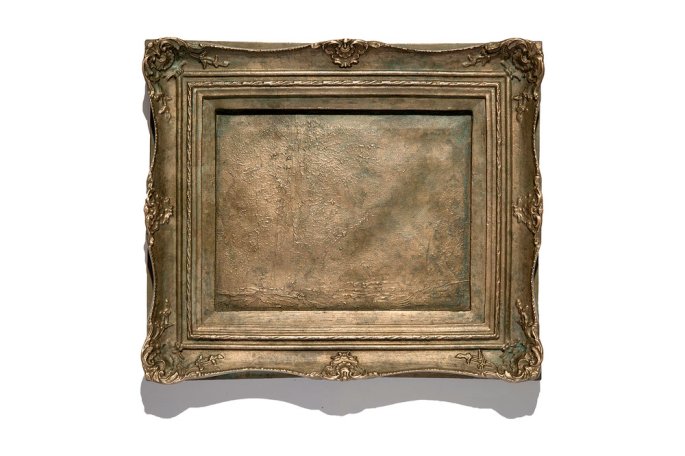 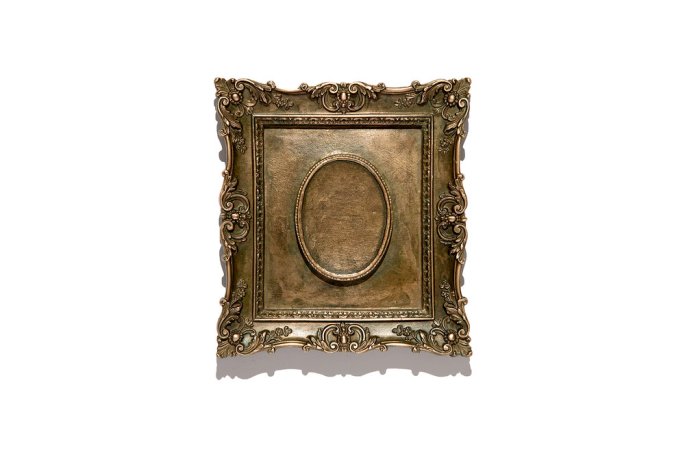 It means algorithmically generated. So, we will feed images of Lionize through a program by Xavier called Subjective Functions which will learn, through viewing them them, a language.  Sometimes there are patterns of light and dark, sometimes there are dots of green, sometimes there is a fancy border… It will look at all these traits as components of the entity it is looking at, make a language based on them, and express sentences in that language. But, the way this program speaks is in images; so, it might create images and pieces in this series that don’t actually exist. For example, we may ask it to interpret the Mona Lisa in that language from my work.

Do you think it would be possible for any of these languages to be robust enough to create useful or relevant images?

I think technology is much more useful than art as a baseline. I don’t think it’s about usefulness necessarily, it’s about exploration in the same way these (Lionize) are an exploration of what a painting is, what an image is, what bronze is and what history and art are. Because these all contribute to the materiality of the project. The videos that Xavier is producing are treating data and information as a material. 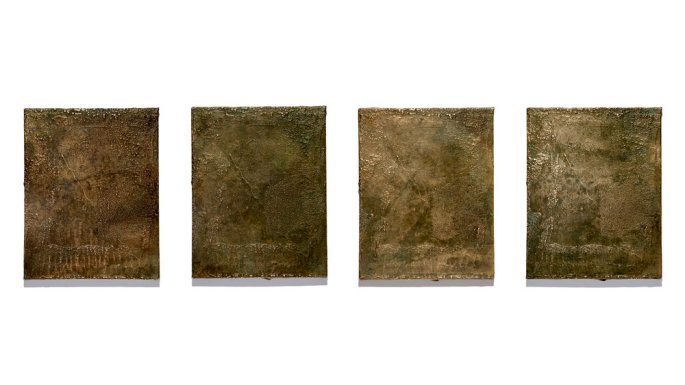 So, coming back to Lionize, what is the process?

For those of you who are not sitting with us right now, this is one of the pieces from the series. It is the eighth piece and it is called Unseeing. This is what it sounds like [see below]. This is the remnant of the investment, which was used to produce the second piece in the series called Self Portrait. The process I am using is an adaptation of what is called the Lost Wax Process which is 4500 years old and allegedly invented by the Prince Sennacherib of Assyria.

The way you do that is you make a mold of an object, you pour wax into the mold, you remove that wax and cover it in ceramic, you melt the wax out through a hole, pour bronze into the hole, and then break the ceramic once it cools and hardens.

This is part of the mold that was facing the painting, so this is the texture of the second piece.

What is the wire for?

When you pour in the bronze there is a thermal shock to the shell which can crack it or warp it. As the bronze cools it contracts which can warp its shape. This wire is to add strength against unexpected tensions.

Are you working with multiple people to produce this series?

Right now, I am working with a company called Artcast based in Georgetown. The owner is named Marcus Knoespel and he is doing a lot of the work directly with me. They are a really good company.

On your website you mentioned that most of your work is exploratory. What have you learned in your exploration through Lionize?

It’s hard to put into words. I’ve learned a lot about death, and the ends of things. About half of the paintings I used for this are destroyed in the process – and they are not my paintings with the exception of one of the recent ones. So, I am learning what it feels like to destroy something very personal to someone else to achieve some kind of ideal – which is something happens all the time to people who are hurt or abused or exploited.

I’ve learned a lot about appropriation. I was concerned about that at first. I am less concerned about it now. I’ve learned for me, the sensation of appropriation requires assuming the identity of someone else which I am not doing. I am very firmly seated as the person who is making these sculptures, not the person who painted them. I’ve learned a lot about durability as the absence of fragility rather than as something protecting fragility. It’s been a sad and painful process. Self Portrait is from a picture someone painted of me, and it is not one of the paintings that survived. So in making this I learned what it felt to tear apart a portrait of my own face, and then also have it gone in the final piece.

How did that make you feel?

Serious. When I do things like this it makes me want to earn the position of what I am doing.

When you mention durability and the feeling of destroying other people’s work. How do you feel about your work being destroyed?

Do you mean physical or emotionally?

All of them. To be serious, it’s hard to destroy these because destruction is implicit in the process. When the vector you are on is degradation anyways they are really good at absorbing abuse.

Do you keep photos of the paintings before you use them? 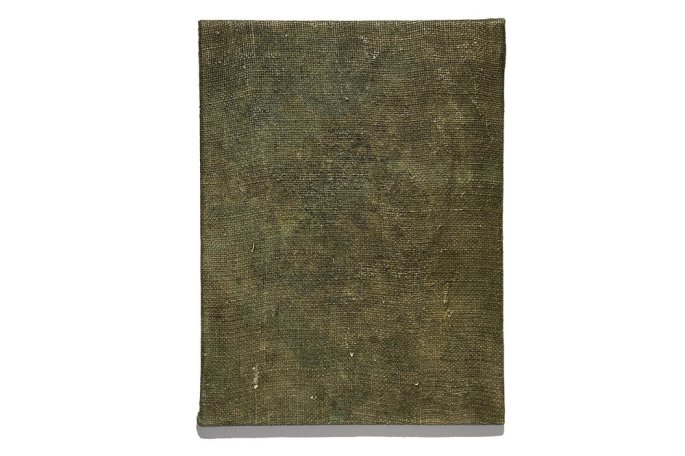 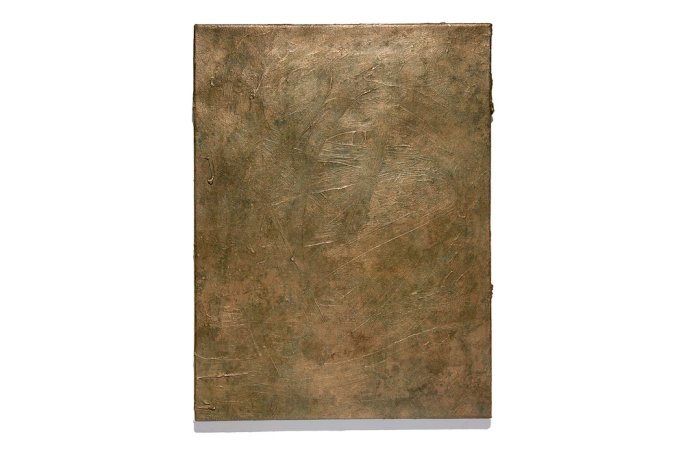 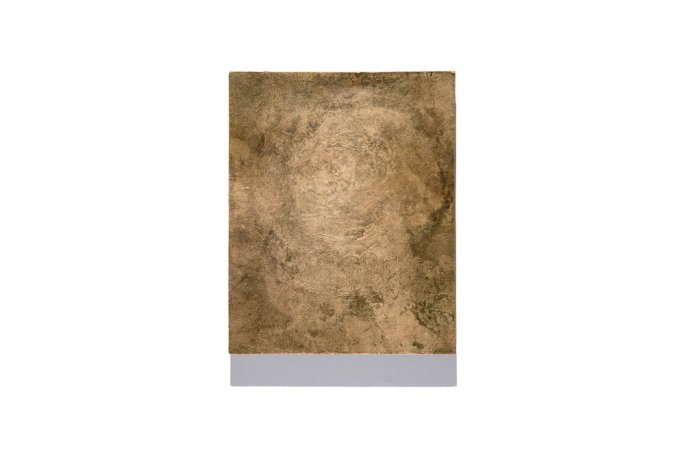 Is your main format normally sculpture?

No, it’s kind of new to me. The last artwork I made – you know how I said that these I made of art and history? The last artwork using this metaphor was made partly of privacy. It was a book of pictures that I made over the course of two and a half years. It was my third or fourth attempt at making it. The thing I did before that was study the French painter Delacroix and make kind of mashed up copies of his pictures. Before that I mostly painted pretty birds and trees.

You mentioned, on your website, that you get more inspiration from Asian art over Western. What are the main differences between the two?

One of them is an element of service. I was sitting at this table yesterday with an artist who is a friend of mine named Ekow Stone. He draws a lot of imagery from his roots growing up in the West Coast looking at Haida and Coast Salish art and his heritage from Africa – to engage with the spiritual symbols of his ancestry. We were talking about that yesterday and there is a greater sense of seriousness as soon as you get out of the European tradition. It is about honouring things. I don’t really buy the whole European notion of art being about expressing yourself. I don’t feel creative when I make work. It doesn’t feel like something I made. It feels like it’s something that I found either inside myself or outside of myself – and I’m trying to honour that.

When people look at your work, what do you imagine is the ideal response from someone looking at your work?

A moment of honesty. I describe a lot of my work as being quiet.

Funny because the pieces in Lionize make sound.

I’m talking with a local musician, Just John, about organizing a series of musical soirées where drummers from various percussion traditions would perform on pieces from Lionize. This, which is now a secret between me and Grounders, might happen at some point in 2018.

What was the question? Oh the perfect circumstance.

A few years ago, I made a work of art that really humbled me and taught me about being honest and I haven’t really made anything for someone else since about a quarter of the way into that project. I know that what I am engaging with, with my work, is vital and true enough that if people who are in a position to engage with it, to meet it, they will. And I’m really only concerned with my relationship with it. Not that I don’t appreciate my audience. I have a lot of people who don’t notice my work. I’ve also had people who spend an afternoon staring at a piece, and people who laugh and cry. Those are all amazing responses including the people who didn’t notice them.

You can also stay up to date with Leo by following his Instagram. 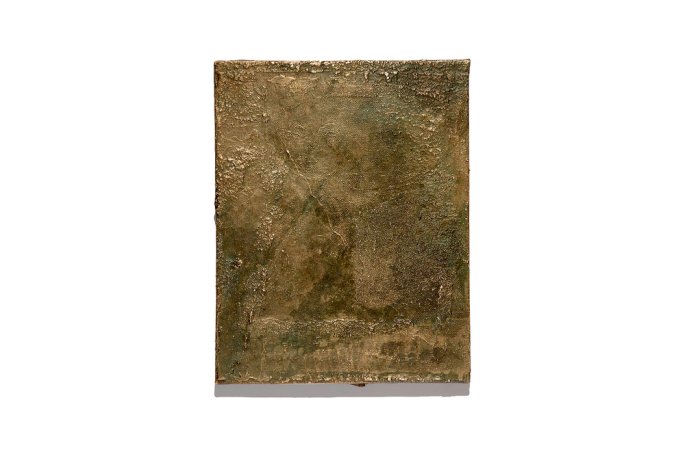