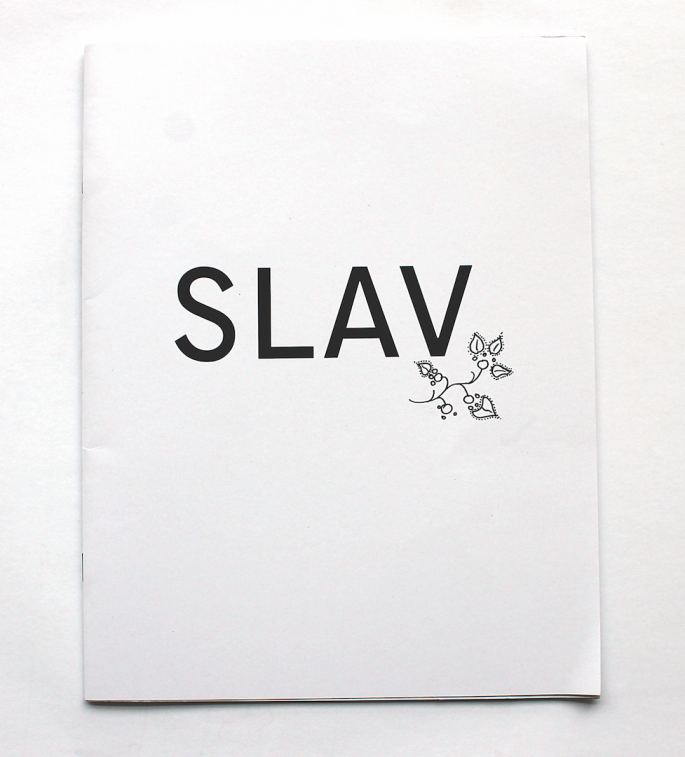 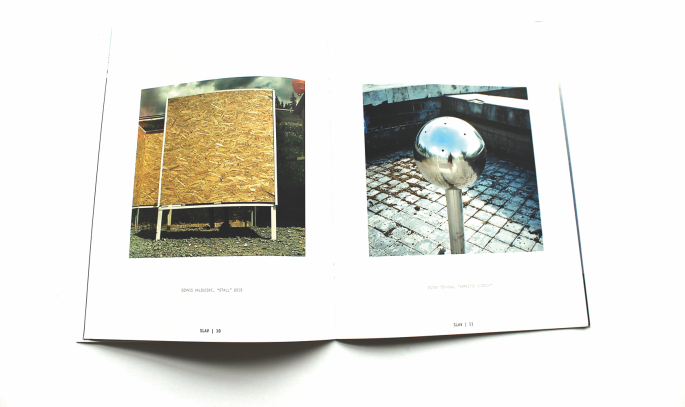 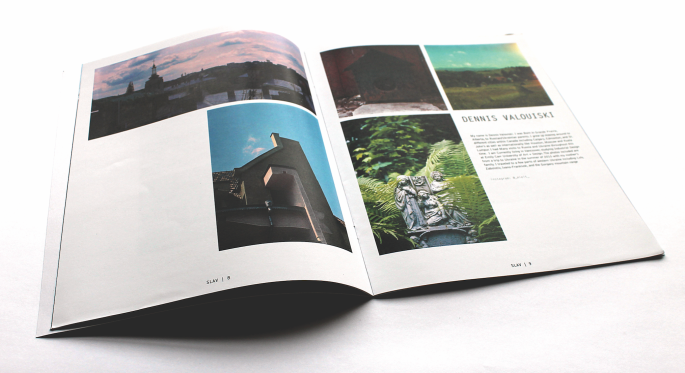 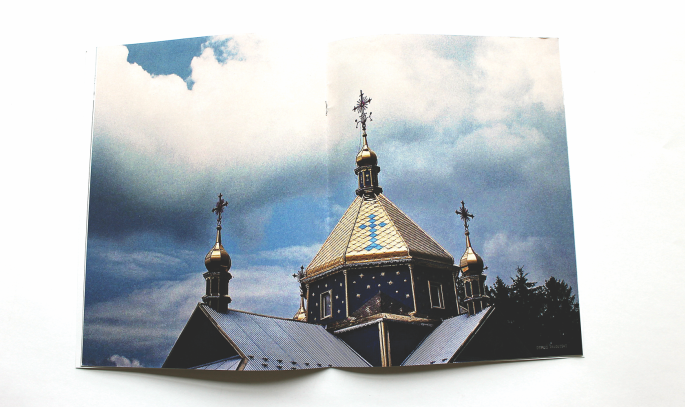 Slav is a new publication focused on Eastern Europe. Created by Yuriy Kyrzov the issue comprises of nostalgic imagery and narratives that make readers reminiscent of unfamiliar places. You can purchase Slav here.  Continue reading for an exclusive interview with Yuriy.

What should I know before I go through Slav?

Slav was a project I’ve been wanting to do, and I did this summer, to bring together Eastern European culture. In this issue, the first issue, everyone happened to reside in North America. I know everybody in this issue, they’re friends coming from Russia, Ukraine, and Slovakia. It was a way of bringing together photo-documentation and artistic photography accompanied with narratives asking how it feels to be Eastern European and how living in North America is represented through that. You see how similar a lot of the stories are. It shows how although people create barriers there is still a lot of community. It was interesting to explore.

Is there a lot of discord within Eastern Europe?

I feel like culturally we are similar. But with political situations there is tension. Whether it is being autonomous or relying on network partners and it’s about looking around it and achieving a friendly dynamic.

You moved to Canada when you were six, do you have any memories of Ukraine?

I do have memories, it’s interesting how nostalgia plays into it. Certain smells like cigarette smoke, gasoline, and heat.

Is there a reason you do not state where or when photos were taken?

I find it interesting to see if people notice that they are different. If you read [the artist’s] pieces then you will know they are not from the same place or time.

Have you learned anything through the publication process?

Establishing a direct theme is important although it is also fun to work with what you have. I learned a lot but it is hard to pinpoint. I definitely know how to organize a publication and publish it faster now.

What do you want to do as a communication designer?

I guess making things easier to understand. English is my second language so having things that can be multilingual. Things that speak towards activism are really cool.

How do you make something multilingual?

It needs to be really simple but at the same time extremely thought out.

How do you feel about Ukraine’s political situation.

It’s interesting because Western media portrays it so differently. They are really focusing on external issues instead of internal issues. They have their whole focus on Russia being an aggressor.

What are their internal issues?

Well essentially everything happened because their previous president didn’t want to join the EU. Then there was a revolution so they got a new president. But what’s problematic is there’s a lot of rightism and there is a lot of extremism and neo Nazism. A lot of people are getting targeted and hurt. In my city there was a Union being and people were locked in and burnt in it. Like forty people died and police and the media did nothing. To this day there hasn’t been an investigation and it was sort of backed by the government.

Do you think people feel distant from the issues within Ukraine?

I think it could be partially. Everyone is aware of it but like “it isn’t affecting me.” But people have relatives all over the place and it is very tight knit. I’m honestly all for keeping good relations with everyone. I don’t think Ukraine should ruin relationships with Russia and they should reach a common ground. Because realistically they are not living well economically or socially. My grandma was saying things cost so much more and it’s late October and she still doesn’t have heating in her house because they can’t afford gas and that’s something the government should provide.

Is Ukraine trying to destroy their relationship with Russia?

I think the current government doesn’t want relations with Russia. I think Ukraine should keep their integrity but should keep a relationship. There’s no point in violence if that even is happening. A lot of people work abroad in those two countries but now you aren’t even allowed to travel. Like there are no direct flights between the countries. It’s a humanitarian crisis.

Would you ever go back to live there?

No. I think it would be interesting to go back maybe for a year but never permanently. For reasons of it not being stable and I’m not sure if what I’m interested in would apply there. At the same time they are having a huge rebirth of an art scene.